SO HERE IS WHERE
YOU CAN FIND THE TRUTH!

HERE is a "REBUTTAL" or Legal Argument
to any and ALL NON-POSITIVE Codes being
"LAW."

AND IF.... there are RE-QUOTES
from our "homepage" that is a REAL GOOD thing,
that some, if not most of us need to STUDY them again, anyway.

[COPIED "IN PART," Under "Fair Use" Educational,
and PASTED from: https://www.govinfo.gov/help/uscode]

The United States Code, is the codification by subject matter
of the general and permanent laws of the .
It is divided by broad subjects into 53 titles
and published by the
Office of the Law Revision Counsel
of the U.S. House of Representatives. . . .
[end of copied PARTS.]

Titles that have not been enacted into positive law
are only prima facie evidence of the law. . .
[end of the "in part" copied and pasted educational QUOTE.]

NON - ENACTED, NOR CODIFIED and NOT "POSITIVE LAW,"

WHICH MEANS the Numbers
Just above these two LINES. . .
THEY ARE NOT "LAW" that Pertain to
"we  the  people," and only have  "subject matter,"
and "PERSONAL Jurisdiction," over Federal employees,
nd SUB-Contactors such as but not limited to,
States "contracting" under any of these "NON-Positive,"
(VIA consented agreement,) or Cities, Counties,  Townships,
or any other "corporate / Contacted entity,

BESIDES "we the people."

SO IF YOU CAN SEE,
and understand WHAT YOU SEE...

OR RE-VIEWED of the last
COPIED "Educational"  INFORMATION Again. . .

2. "When a title of the Code was enacted into positive law,
the text of the title became legal evidence of the law."
if you have one... Peek around your "bar card" and explain those words to a JURY, "for the RECORD!"

3. "Titles that have not been enacted into positive law
are only prima facie evidence of the law. . ."

Clear JUST-us can explain, just by REPEATING that sentence.

COPIED "IN PART," Under "Fair Use"
Educational, and PASTED from:
https://thelawdictionary.org/prima-facie/

A prima facie case, then,
is one which is established by sufficient evidence,
and can be overthrown only by "rebutting"
evidence adduced on the other side.

And ALL THESE Codes, that are NOT POSITIVE LAW, are the "Color of Law" and ONLY look like a law to anyone who can NOT UNDERSTAND "Written Words," in ENGLISH, or any other language.

AND. . .Under "Fair Use" Positive LAW,
Title 17 U.S.C Sec, 102 and 105 (see the NUMBERS above.)
used as Educational,  and Comment under
1ST. Amendment of the "BILL OF RIGHTS,
(which is NOT the "NON Positive, Code of WRONGS,"
and were Copied and PASTED from:
https://thelawdictionary.org/codification/

Definition of CODIFICATION: The process of collecting
and arranging the laws of a country or state
into a code, t. e., into a complete system of positive law,
scientifically ordered,
The Law Dictionary Featuring
Black's Law Dictionary Free Online
Legal Dictionary 2nd Ed.
[AND Quoting....]
A collection or compendium of laws.
A complete system of positive law,
scientifically arranged,
and promulgated by legislative authority.
Johnson v. Harrison, 47 575, 50 N. W. 923, 882;
Railroad Co. v. State, 104 831, 31 8. E. 531,
42 I It A. 518; Railroad Co. v. Weiner, 49 739.

[COPIED "IN PART," Under "Fair Use" Educational,
and PASTED from:
Codification (law) From "Wikipedia, the free encyclopedia!"

This article is about the tradition of publishing
the laws of a state or society
as official documents or books.
For other uses, see Codification (disambiguation).

In law, codification is the process of collecting
and restating the law of a jurisdiction in certain areas,
usually by subject, forming a legal code, i.e. a codex (book) of law."
Codification is one of the defining features of civil law
jurisdictions.[contradictory] In common law systems,
such as that of English law, codification
is the process of converting
and consolidating judge-made law into statute law.
[end of quoted, as in copied and pasted.]

Office of the Law Revision Counsel

The United States Code is divided into subject matter titles.

The difference is this:
A positive law title of the United States Code is
- itself - a Federal statute

A non-positive law title of the United States Code
is an editorial compilation of
Federal statutes.
[End of Quote.]

1. SO ONLY "Positive LAW" ARE "FEDERAL STATUTES,"

2. NON-Positive CODES are
NOT "FEDERAL STATUTES,
unless someone be "dummer than a mud fense!"
(that was not a question.)

Legally meaning that THEY ARE ALL NOT "POSITIVE LAW,"
and it is JUST . . .
"an editorial compilation of [the] Federal statutes,"

but NOT A "FEDERAL STATUTE,"
having ANY LawFull "FORCE or Effect,"
against ANY OF  "we the people."

But does have legal EFFECT, and jurisdiction over . . .
"Federal employees, and their immediate families,
any and ALL "State of," employees,
whom are "Sub-contracting "SERVICES" and "grants"
FROM the Federal Government.
(and I use that word very loosely,) as they ALL are
UNDER the "SUPREME LAW OF THE LAND, CONTACT."
Known as  "United States Constitution"
And the "Bill of RIGHTS."

WHO IS the OLRC?

Office of the Law Revision Counsel
of the United States House of Representatives.

Positive law codification by the
Office of the Law Revision Counsel
is the process of preparing and enacting
a codification bill to restate existing law as a positive law
title of the United States Code.
The restatement conforms to the policy,
intent, and purpose of Congress in the original enactments,
but the organizational structure of the law is improved,
obsolete provisions are eliminated,
ambiguous provisions are clarified,
inconsistent provisions are resolved,
and technical errors are corrected.

[And COPIED "IN PART," Under "Fair Use"
Educational, and PASTED from:
https://uscode.house.gov/codification
/legislation.shtml
[Did you see the .gov?]

So. . . .
any NON-Codified Act of Congress, is
NOT the 1. "intent, Nor "original enactments,"
NOR 2. "organizational structure of the law is improved,
NOR 3. "obsolete provisions are eliminated,"
NOR 4. "ambiguous provisions are clarified,"
NOR 5.  "inconsistent provisions are resolved,"
NOR 6. "and technical errors are corrected."

YES OVER, and OVER AGAIN. . .
"A positive law title of the Code
is itself a Federal statute."
WHICH conversely means that a
NON-Positive Code is
NOT "a Federal statute!"

[COPIED "IN PART," Under "Fair Use"
Educational, and PASTED from:
https://uscode.house.gov/
codification/legislation.shtml

JUST BY USING COMMON SENSE,
and OTHER .gov SITES,
which STATE FACTS that . . .

PROOF of a "NON STATUTE!"

Quoted, in PART, "Fair Use, Educational,
copied and pasted from:
https://en.wikipedia.org/wiki/
Family_court#cite_note-2

In the family court falls
under the heading of
Trial Courts of Limited Jurisdiction.
These types of courts deal only with
a specific type of case
and they are usually presided over by
a single judge without a jury.
[2] "Federal Court Basics". uscourts.gov.
2013. Retrieved .

YES that said....
"In the family court falls
under the heading of Trial Courts. . ."

So with that FACT they are SUPPOSED to be
"TRIAL Courts," /
since they are UNDER that
"HEADING."  = "TRIAL Courts,"
THAN it states. . .
"they are usually presided over by a single judge
without a jury?"

When a "judge,' is ONLY A REFEREE, and nothing else,
NOT to be bias, or prejudice in any way, shape or form, and is there to make sure that the
"court" HAS A "JURY TRIAL," and that
all "parties to any action"
get full and complete "DUE PROCESS,"
during the "TRIAL BY JURY!"

IF they were, or should be.... under the
"Heading of Dog Catcher Courts,"
they would be having "!"

Logic has it . . . IF they are UNDER
"Heading" of "TRIAL COURTS"
than they should be
TRIAL "ONLY" COURTS.
SAVVY?

FACT: Since they are NOT Established by any
"POSITIVE LAW,"
NOR "Codified," LAW....
NOR "Enacted"
by the Congress,
and "tweaked" by they are
NOT IN FACT "COURTS,"
of "LAW"

FACT:
NO LAW, !
Now that is "LIMITED Jurisdiction!

AND SINCE they are quoted . . .
"courts of Limited Jurisdiction."

NOW, Since the "NON State Licensed,"
but rather, Private Association of the "bar carded,"
most have been wrongly taught, that the
"BILL OF RIGHTS" does not cover a "State Court,"
as in "7th. Amendment  "TRIAL BY JURY".....
so "some of them" can fantasize themselves
as being "judges" in their own
NON-LAW-FUL quasi-courts.
So some of the "They" can make
MILLION$ in their illegal
profession, via their own
"ILLEGAL FALLACY."

That "LIE" seems to be the pre-VEILING fallacy by some of the "banisters," or the NON-"State" Licenced "bar card gang." (NO offence intended, just a "Common Defense. ]

SO Let's prove that to be another
"law-school-bar carded" FALLACY," as in a LIE!

WE could go PAST that ole "LAW of the LAND,"
which not only INCLUDES, the "BILL OF RIGHTS," but also the
7TH. Amendment, within the "Bill of RIGHTS,"
within the "Constitutional CONTRACT,"
which "GUARANTEES" a "Trial by Jury"
for ANY AMOUNT ($$) "in controversy,"
ABOVE $20 (USD), which has NEVER BEEN CHANGED,
NOR "REPEALED," by Anyone, at Anytime, Anywhere."
AND... LET the REST OF US,
as in EACH AND EVERYONE OF US. . .

GO TO OUR OWN STATES CONSTITUTION,
and STUDY... AND....

for this FIND another
Legal EXAMPLE of a
"TRIAL BY JURY" we will LOOK in the. . .
" Constitution"....

NOTE: since this ENTIRE SITE is a DIY
(Do It Yourself,) assistance site,
so be my guest, and "YOU" can go
and LOOK UP YOUR OWN STATE!

[Copied in Part , Under "Positive Law"

Title 17 Sec. 105 and Pasted from:
https://tlc.texas.gov/docs/legref/TxConst.pdf

The right of trial by jury shall remain
inviolate.
The Legislature shall pass such laws
as may be needed to regulate the same,
and to maintain its purity and efficiency. . . "
(Amended Aug. 24, 1935.)

NOR any county, district, appeals, state supreme
or superior court,
NOR any FEDERAL,
NOR any FED. Appeals,
NOR any so-called "Bankruptcy,"

NOR EVERYONE ELSE
below the United Supreme COURT,

(that kind of COVERED ANY AND ALL THE REST not mentioned herein!) can "DENY" anyone a "TRIAL BY JURY."

And a SIDE FACTUAL
Fact: the "PEOPLE" of the "State of "
also have this LAW,
that YOU may want,
or need to ADD to YOUR state of, also!

Sec. 29. BILL OF RIGHTS EXCEPTED FROM
POWERS OF GOVERNMENT AND INVIOLATE.

To guard against transgressions of the high powers
herein delegated, we declare that everything
in this "Bill of Rights" is excepted out
of the general powers of government,
and shall forever remain inviolate,
and all laws contrary thereto,
or to the following provisions,
shall be void.

QUOTING AGAIN, in case, anyone is STILL
Trying to see thru a "bar card,"
while the REST OF US SEE the ""GUARANTEE""
which states. . . .

". . . this "Bill of Rights" is excepted out
of the general powers of government,
and shall forever remain inviolate,
and all laws contrary thereto,
or to the following provisions,
shall be void."
(WOW!)

"that ALL NON-Positive "ACTS"
are 'VOID" HERE in the State of !

AND since the so-called "family,"
so-called "courts" (pretend to be courts, without a "JURY TRIAL") ,.... then any and ALL
"ORDERS," and any and all "Judgments,"

WITHOUT A "TRIAL BY JURY," because
NO "LAW" can contrary thereto,
and SHALL BE VOID."
which INCLUDES, any pretended LAW.
Including any Codes, any Statutes, any City,
or any County "Ordnances," equals . . .

without a "TRIAL BY JURY."

HELP US HELP OTHERS

Tap the PIC BELOW. 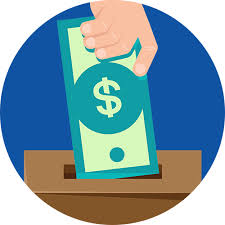 THAT IS AN Excellent DONATION SERVICE

BACK to HOME PAGE HERE!